Supplements and vitamins are quite a controversial subject.  Some people swear by them, others have no time for them. Either way, they are a huge industry. According to this article in the Huffington Post, over $28 billion was spent in the US in 2010 alone, on vitamins and supplements.

My lasting memory on the subject was when I phoned my mother after she had a hip replacement operation. I was living in the US and she was in Ireland. It was probably unreasonable of me to call her just a day after her operation. She was still groggy and in pain, and no doubt doped up. But I was worried about her. When I asked her how she was she said "oh my dear, remember to take cod liver oil every day - this is very painful".  I replied "but you took cod liver oil every day!" and she said "oh yes, that is true". So much for that supplement.

She did. She took cod liver oil and Halibut Orange tablets every day as long as I could remember, she also fed them to us as we were growing up. She had osteoporosis and she died of cancer. 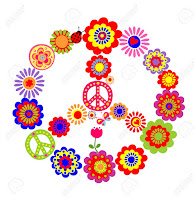 I have never been into pill popping of any sort. A headache would have to last at least three days before I even considered an aspirin. I was a teenager in the 60's - flower people and Woodstock - yet I never indulged in what was going around, seriously, I always had a tendency towards natural and away from chemical. Of course, many would argue that some of what was going around when I was a teenager was a lot more natural than the vitamins and supplements of today, and a lot healthier.

The upside of my abhorrence of pill popping was that the smallest amount of pain killer has immediate and positive effect on pain. I also deferred taking antibiotics unless I had no other option. And yet I developed an allergy to penicillin in my twenties.

Now, approaching my dotage and suffering with osteoporosis - well, not so much suffering, it doesn't bother me, but according to my doctor, the readings from my bone density tests show I have it, I am being encouraged to take massive amounts of calcium, multivitamins and other supplements.

I lean towards the belief that it is a load of codswallop.

I do believe that if you eat a balance diet - organic fruit and vegetables, and grass fed meats and fish that has not been spawned in waters mixed with nuclear waste, you really do not need to take supplements. However, the fish that we had as children may have been healthy eating, that day is long gone. We do buy grass fed beef and we buy organic fruit and vegetables; free range eggs and organic chicken. They definitely taste better, so I do hope that they don't have too much additives and chemicals, but with old age not only comes osteoporosis, but also cynicism, I know that just because it is labeled organic doesn't guarantee it is. This article supports the view that a healthy balanced diet is better than any supplements.

I fully accept that there are many valid arguments in favor of some supplements - 'D' for instance, in Ireland where people believe in the sun, in the same way they believe in God - they have never seen either but still they believe they exist.

Recently more research is reporting that supplements and vitamins are not the magic preventive medication we once were taught it was. Webmd reports on three such studies. This article is very interesting, reporting that some studies found various benefits while other studies were contradictory. All the articles I have read say the same thing - beware of overdosing on vitamins, there are some that are harmless but some recent studies have found a connection between high doses of some vitamins and cancer, and also heart disease (this article is particularly interesting).

I also never supported taking hormones in menopause - some might might say 'ha! but now you have osteoporosis' - my response is that my mother and my grandmother had it before me, I had little hope of escaping it. I chose to use exercise to keep my bones (and the rest of me) healthy, and I preferred to take my chances with osteoporosis than the risk of breast cancer that hormone supplements carries. There are arguments for and against almost every decision in life.

This Consumer Report explains clearly each of the main vitamins and supplements, their use, the evidence and possible risks. Here is one example:

Used for: Building healthy bone; preventing osteoporosis and fractures.
The evidence says: The U.S. Preventive Services Task Force says there’s not enough evidence to show that calcium supplements prevent fractures in either premenopausal or postmenopausal women who take more than 1,000 milligrams per day.
Possible risks: Some evidence has linked a high intake of calcium to a greater risk of heart disease, but the findings have been inconsistent.
This is from heart.org

While there is so much conflicting evidence, and my instinct is to eat well, exercise and drink lots of water (though even water can be bad for you in excess!) - I think what sways my decision - apart from the inconvenience of having to take so many pills, is the fact that vitamins and supplements are big business, and where there is money to be made, the will also be fraud. We have no proof that the bottles of magical cure or prevention that we spend so much money on, contain anything more than chalk, particularly knowing that there is so much money to be made.

Posted by Aideen at 8:44 PM No comments: