Before I start let me say this is not intended to be a political statement. It is social statement. While I have strong views on religion, politics and many other things, this is an observation of man's greed, selfishness and intolerance more than anything else.

When I won a green card in the lottery in 1994, I was overwhelmed. I was given an opportunity to come and live and work, legally, in the land of the free, the land of opportunity, where all men (and women?) are equal, where religion, color and gender have no meaning. I grasped that opportunity with both hands and got here as fast as I could. Of course I knew that the streets were not paved with gold, but I knew life here could be so much better - and I was right. If you were prepared to work, the rewards were there. Naturally, as with everything, you have to make it happen, but you could in America! .. back then. 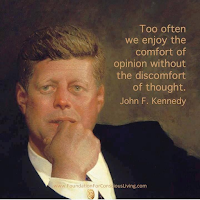 Now, 22 years later, it makes me sad. Why? Because I have watched women's rights shrink, the rights of minorities being chipped away - how the famous women of America who fought for women's rights would weep, Jane Addams and Lady Bird Johnson, to name but two of the myriad American women who would turn in their graves to see the rights they fought for being eroded, and what about the incredible African American women who fought for civil rights, Dorothy Height, Rosa Parks and what about Ruby Bridges? How would / do they feel about the indiscriminate killing of unarmed black people by those who are supposed to protect we the people, and enforce law and order!


The attempts to limit or abolish the right to abortion, birth control, lack of equal pay, restrictions on  the ability to vote for many - to name but a few backward slides. What is happening to my America. 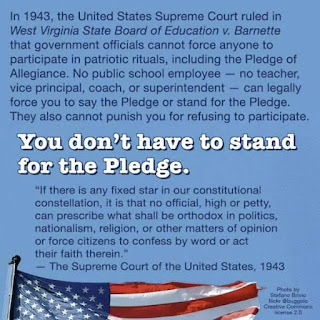 Of course it is not just my America, but it was my escape to a better life and I am an American citizen, a fact I am still proud of because there are some amazing people here who are not afraid to stand up for what they believe in - or remain seated for what they believe in. A right that was given to every US citizen. And as an American, I bear some of the responsibility for what is not right. I have a vote and believe me, I exercise that right. I am shocked at the number of people who don't bother to vote, who complain constantly but don't do the one thing they could do to effect change.

And it is made so very easy here - with early voting there is no excuse.

What happened to:  "We the People of the United States, in Order to form a more perfect Union, establish Justice, insure domestic Tranquility, provide for the common defense, promote the general Welfare, and secure the Blessings of Liberty to ourselves and our Posterity, do ordain and establish this Constitution for the United States of America." or the First Amendment?

The First Amendment (Amendment I) to the United States Constitution prohibits the making of any law respecting an establishment of religion, impeding the free exercise of religion, abridging the freedom of speech, infringing on the freedom of the press, interfering with the right to peaceably assemble, or prohibiting the petitioning for a governmental redress of grievances. It was adopted on December 15, 1791, as one of the ten amendments that constitute the Bill of Rights.

The Bill of Rights:


"...We hold these truths to be self-evident, that all men are created equal, that they are endowed by their Creator with certain unalienable Rights, that among these are Life, Liberty and the pursuit of Happiness.--That to secure these rights, Governments are instituted among Men, deriving their just powers from the consent of the governed, --That whenever any Form of Government becomes destructive of these ends, it is the Right of the People to alter or to abolish it, and to institute new Government, laying its foundation on such principles and organizing its powers in such form, as to them shall seem most likely to effect their Safety and Happiness. Prudence, indeed, will dictate that Governments long established should not be changed for light and transient causes; and accordingly all experience hath shewn, that mankind are more disposed to suffer, while evils are sufferable, than to right themselves by abolishing the forms to which they are accustomed. But when a long train of abuses and usurpations, pursuing invariably the same Object evinces a design to reduce them under absolute Despotism, it is their right, it is their duty, to throw off such Government, and to provide new Guards for their future security.--Such has been the patient sufferance of these Colonies; and such is now the necessity which constrains them to alter their former Systems of Government...."

If I had won that green card 22 years later I might not have considered coming to America. In every way, it would have appeared a worse decision than staying where I was, and believe me, where I was back then was not a good place to be -  for me. (Read my book). However, even knowing what I know now, perhaps I would do it all the same again. But that does not stop me from being sad.

Today's America is standing by while children starve, while unarmed men, women and even children are shot dead in the streets, while nothing is done to prevent mentally ill people from perpetrating mass shootings, and the only solution is to allow everyone, irrespective of their mental stability, to carry firearms? The rich get richer and the poor get poorer. We pour millions, billions of dollars into waging war in countries where we have no right to be; but our veterans are allowed to sleep under bridges and beg in the streets.


We no longer welcome refugees of those, or any other war. We don't even want to accept immigrants of any kind. Except those very few who were lucky enough to win a Green Card in the lottery. Why have most Americans forgotten that they were all once immigrants. 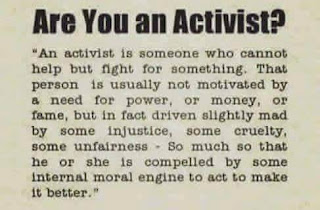 I applaud those who are prepared to take a stand, exercise the rights that every American has, in an effort to correct the wrongs that are being done. Colin Kaepernick has started a huge wave of courageous, totally personal and peaceful protest. Leilani Thomas has bravely drawn attention to the plight of the native Americans. And what about Madison Kimrey? at the age of 12 she was making her voice heard, and she is still doing so 3 years later. 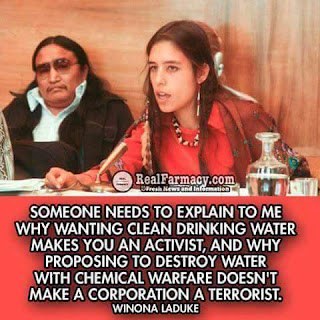 America is beautiful, and I sincerely hope that we can correct the awful downward slide we appear to be on:


O beautiful for pilgrim feet,
Whose stern, impassioned stress
A thoroughfare for freedom beat
Across the wilderness!
America! America!
God mend thine every flaw,
Confirm thy soul in self-control,
Thy liberty in law!

What I wish for is tolerance. Tolerance of all religions, colors, cultures, genders and orientation.
Posted by Aideen at 2:32 PM No comments: