I recently wrote about how important it is to be aware of what you say to children, or more importantly how they react to what you say. I am now adding that perhaps there are also times when it is good to shut up and listen. Really listen, because if you don't they will just stop talking to you.

When I was a child it was very common to hear adults, particularly older ones and specifically my grandmother, complaining about rheumatism. We were left in no doubt that it was painful and apparently had something to do with the weather. In Ireland the weather was then, and is now, unpredictable and mainly damp and cool. My grandmother blamed the damp for her rheumatic pains.

I can remember getting a nagging ache in my wrists and ankles, telling my mother that I had rheumatism, after all it was raining. She laughed at me and told me that children don't get rheumatism and I was just suffering from growing pains. I was very offended. As a child I was constantly offended by adults treating children as though they were not real people. I was sure that growing pains were not actually a thing and as small I as was, I was pretty sure that I wouldn't even notice any growing I might be doing. Little did I know that rheumatism was not even a real thing either, but was used to describe just about any pain that was not actually a head ache. 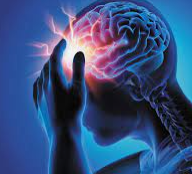 Of course headaches were another pain adults often complained about. I also got a lot of headaches. That is, my head hurt, which to me was the only qualifying symptom to be a headache. But, apparently children don't get headaches either. Also not true. The headaches I get now, as an adult, are exactly the same as those I got as a child. Mostly due to stress or sinus congestion—also something associated with cold damn weather. Of course, probably as likely to be caused by an allergic reaction to mold. Since coming to the US I have discovered that I am extremely allergic to mold of any type and when living in Ireland I was rarely without a sinus infection.
I suppose I should be thankful that I didn't argue with my mother that of course I had a headache, and that it was probably due to stress. She would just have offended me even more by saying children don't get stressed. I can remember being very stressed as a child. Having an abusive father and a 'mother's help' who was a sadistic, bitter woman taking care of us most of the time while my mother worked, was reason enough to be very stressed. Add to that the fact that our parents fought all the time. I was most definitely stressed. 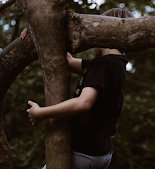 Looking back, I know that whatever aches and pains I had were not serious, and I did have a reputation for being a hypochondriac—I wasn't, but I had discovered that I could make myself go a greenish color and look really ill to get out of school, so understandable they thought that I enjoyed being ill.
I was of the generation of children that roamed the countryside from morning to night with no supervision. I climbed trees and played around the canal. I was pretty good at climbing but couldn't swim a stroke. Luckily I never fell from a tree nor into the canal. But those were distinct possibilities. I remember a kid down the street lost an eye because a group of boys were playing with home made bow and arrows. So clearly, parents of that generation were not going to pay much attention to complaints of rheumatism or headaches. 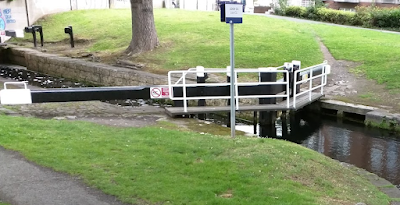 I know now that I did get 'rheumatism', that is I had joint pain. And I did get headaches. Perhaps I did have growing pains, but if so they were for no obvious reason as I didn't actually grow very much at all; besides, according to this web page, growing pains do not involve joints.