A lesson I learned a long time ago, actually on my fourteenth birthday, is the higher your expectations the greater your disappointment is likely to be. I do think that is a somewhat negative lesson, but it does apply nonetheless. As I mentioned in a previous post here, the main lesson I learned on that birthday was that we are responsible for our own responses to disappointment, and for creating our own happiness.

Like birthdays, Christmas is another occasion that I, like so many others, look forward to with mounting excitement. Admittedly, since coming to America, I have had much lower expectations than previously. I quickly discovered that Thanksgiving is a far more significant holiday here. Not surprising, given the much greater diversity in the US population than exists in Ireland, where I grew up. And, contrary to what many Americans I have met think, Thanksgiving is not celebrated in Ireland, or anywhere else for that matter. It is an American holiday, Canadians have their own Thanksgiving.

I wrote about my childhood Christmas experiences almost exactly a year ago, here.  My grandmother created such a magical day, year after year, that I can never approach the holiday without the feeling of excitement and anticipation those early holidays bred in me. As I said, when I came to America I knew that I could expect nothing from the holiday that I didn't create for myself. I was alone, I had no family on this side of the Atlantic, and had only just started making friends. 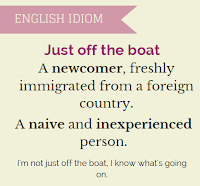 I arrived at the end of August 1994. I found temporary work with a small, one man company where I managed the office, alone almost all day, every day. I did finally start a permanent job with a larger software company in December that year. A week before my first Christmas in the US. My strongest memory of that Christmas was working on Christmas Eve, everyone had their own private office back then and as the newest employee I had a tiny interior office. I mentioned before that I am very shy. Add to that, the fact that was 'just off the boat' in a very strange (for me) environment, a foreigner in a foreign land. I was not wandering the halls talking to people.

In my experience, working in both Ireland and in England. Christmas Eve at work was a day for partying and not much work was expected, nor performed. My new office was strangely quiet. At one point during the morning I went to the kitchen for coffee and noticed people working in their separate offices. There was not much interaction going on, so I went back to my little office and continued working. Obviously, as it was my first week, I was not actually doing anything useful. I was getting familiar with the network setup and the test framework I would be working with. I had lunch alone at my desk and continued my learning process. At about four in the afternoon I headed back to the kitchen. All the offices I passed were now empty. The kitchen was empty. I went looking for my manager to see if it was okay for me to go home early. He had already left. In fact, a search of the entire floor convinced me, I was the only person in the office. I headed back to the large home where I was house sitting. My guess was no one would know or care if I left the office early, in fact I was apparently leaving the office late.

The following Christmas, the entire office partied. I made sure of that, I also made Irish Coffees for everyone and we had a Secret Santa—Kris Kindle.

After that things did get better. I did make friends and for the first few years I returned home to Ireland for Christmas. Then I met and married my husband and we enjoyed holidays together. 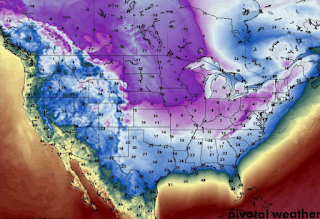 This year my son, who is now living in Seattle, and his wife and son were coming to us for Christmas. I was excitedly planning and looking forward to it. Well, as everyone knows, this Christmas was the year of the bomb cyclone. Texas was not nearly as badly hit by this weather than the rest of the US, in fact the Seattle Area escaped the worst of it too. But across most of the country there was bedlam. People stuck in airports for days on end, through out the Christmas holiday. Suitcases filled with gifts for families going astray and family plans for reunions and festivities totally destroyed, just the tip of the iceberg of human misery. Pun intended. 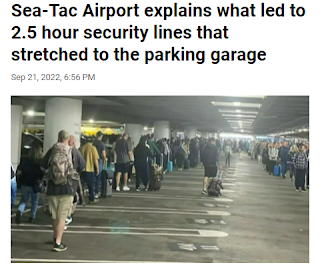 My son should have been able to make it to us. He was flying Alaska Air, so a good, reliable airline. He had followed recommendations and booked the early morning flight, less chance of delays elsewhere impacting him. Best laid plans. As they arrived at the airport there was a 'minor security incident' and the airport was thrown into chaos. It took ninety minutes to check in their bags, and another two and a half hours before they got through security. So yes, the flight took off without them. What I am still amazed by is the fact that it took off with their bags. I have frequently been on flights that were delayed because a passenger with checked bags had not turned up and the bags had to be located and removed from the plane. This didn't happen, and I still feel that was a security risk.

Anyway, another two hours of lining up at the ticket counter resulted in nothing. There was no alternative. Two days before Christmas they headed home and had to rush around planning their unexpected Christmas at home, while their bags filled with their son's Christmas gifts sat in Austin Airport. To be fair to Alaska, they got those bags back to them on Christmas Day.

We were lucky. They were not half way to somewhere, stranded in a strange airport. They were a short drive to their home. It was disappointing for sure, but how on earth could we complain as we watched the news and saw so many people so much worse off. I am glad I remembered those lessons learned.

Here are some more that I often have to remind myself of.

Posted by Aideen at 2:01 PM No comments: