Here are some of the things I would tell my younger self: 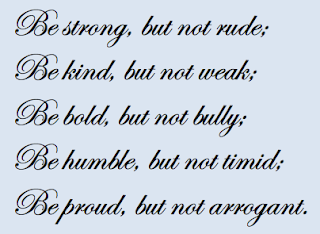 And back in 2002, my son listed the things he had learned from me:

If you don't understand # 3, you don't know me well enough. If you are curious, ask. 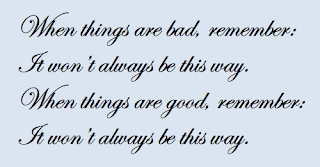 Posted by Aideen at 7:22 AM No comments:

Here is the thing about Texans, they are convinced that everything in Texas is not just bigger, it is better than anywhere else.  This is an enlargement of the American attitude that America is better than everywhere else. Texans are Texan first, but they are still American.

Don't get me wrong. I love America, and I love Texas. I am American by choice and proud of it, and Texan, I believe, from a previous life. But I was born and brought up in Ireland (I got here as fast as I could),

I have lived and worked in England, Canada and the US, and traveled all over Europe and America. I still think America is great - but I know that other countries, while they may be different, are also great (and some, not so much), I do believe that Americans are remarkably spoilt, though they do not realize it. I also know that a large percentage of Americans have never been outside of America, and equal percentage of Texans have never been outside of Texas. How could they? working Americans don't get enough vacation time to do much traveling, and it takes a long time to get out of Texas.

One of the many things Americans do that irritates non-Americans, is to declare their champions to be champions of the world. Of course they mean champions of America but as America is their world... A perfect example is the World Series. As Wikipedia explains,

Notice, the NORTH AMERICA in that description? Americans will tell you, that 'World Series' is just a name, but the rest of the world do get offended. Why is it not 'North American Series' or 'United States Series'. I have to admit that World Series does have a nice ring to it.

Things Texans talk about - I came across this recently, it is missing a few BIG discussion points, these would most definitely vie for the number one spot: How bad their allergies are, and how it hasn't rained in such a long time. And, on the very rare occasion that the big sky becomes overcast for more than an hour, how hard it is to deal with grey skies. No sympathy from an Irish person on that score!

I have to admit to enjoying (while not entirely agreeing with) this list of things Americans do that drive Brits nuts. However, as I am not a Brit, I guess it is OK for me to disagree. I personally take it as a compliment if someone says they like my accent, usually I feel the same about theirs, and the only problem I have with their spelling is that I now can't spell either in English English, nor American English, but American English spelling is most definitely more logical. And, in their defense, BBC America also published this list of things Brits do that drive Americans nuts, and I wholeheartedly agree with it.

Here is an Irishman's view of what he finds irritating. And while it makes amusing reading - perhaps if you are not American, I don't agree with all he says. He does qualify his remarks with the fact that it is impossible to generalize about a country with a population of 300 million.  He also finishes up his article with a list of the things he loves about Americans.

I agree with him on the fact that most Americans will not accept constructive criticism from anyone, not even a close friend. They will ask you for advice, but be careful that you don't give them any home truths that sting, because they do not want that and they don't appreciate it. Here again, I am generalizing, I have met many who don't resent constructive criticism. My wonderful husband for one. But I have met some who did not appreciate my 'down home truths'.

I think my biggest single complaint is that most Americans - at least the ones I have known, complain too much. Taxes, economy, weather, politics, traffic and of course, allergies. And lots of other things besides. I have also noticed that many of them believe that all Americans are the same, or similar. Yet I have noticed that people in the South are like a different nationality when compare with people in the East, similarly there is a big difference between Californians and natives of Alabama for instance. In fact they almost speak different languages.

Here is an article (the religious overtones aside) by an American, listing the differences he observed between Ireland and America. What I find interesting about this article is the fact that he is comparing what he observed in Ireland, to the small part of America that he is familiar with. There is the rub - so few people are familiar with all of the myriad cultures that make up America.  Yet everyone, including most Americans tend to lump all of these cultures together when making a comparison or a statement. Not all of his observations are correct, I don't think he spent much time in Ireland and I suspect he didn't get outside Dublin.

This article from Irish Central is extremely accurate, it lists some more realistic points where Ireland differs.

All of this research was a result of my mulling over how different things are here, but how many Americans I have met who appear to make the assumption that every other country is the same as the US.

But then I realized I was making the same mistake my wonderful Texans make, I was looking only at Texas and thinking it is typical of America, and of course it is not. So my intention of listing the differences get swept away in the knowledge that each State has its own culture, and to class anything as American is flat wrong. That is the same as saying all Europeans - anyone who has traveled in Europe will testify - each country has its own identity and its own culture.

I still think Texans need to see the silver lining, and perhaps they can't because they just don't have enough clouds?

Here are some of my other blog entries dealing with the unexpected difficulties encountered when becoming American: