Or is it learned?

I was brought up to not 'show off'', whine or bully others, to take responsibility and learn from my mistakes, and never be rude - being rude covered a huge range:

Say please and thank you - and mean it
Don't shout
Don't talk with your mouth full
Don't smack when you eat ... the list is endless

Show empathy
Show compassion
Don't be selfish
Say sorry when you make a mistake or hurt someone (better yet, don't say mean or hurtful things in the first place)

Apart from the above, I was always taught to listen; there is always more to learn and you never know everything.

All that, I believe I did learn. But as my mother was the teacher here, perhaps I would have followed those rules simply because it is in my genes?

Here is some information on what behavior we may inherit.


"Although it is hard to deny genetic influences on human behavior, anyone who tries to explain what a person does in terms of simple biochemical differences is likely to be disappointed. Personality psychologists recognize that gene effects are difficult to separate from environmental influences. Children growing up in the same home experience that environment very differently because they have distinct temperaments, are treated differently by parents and siblings, and pursue different interests with different companions."  Psychology Today

There are so many people, more now than ever, who seem to put a lot of energy into putting others down, hurting, depriving and controlling others. I just wonder what drives them to be so awful.

I started this blog entry in an attempt to figure out how I could continue my current life without snapping, as I tried to deal with people who I really did not understand, and could not stand. As I did my research and reading, I realized what I was trying to deal with was people who have no empathy. They are literally handicapped. It really is a genetic problem.

And painful as it is to experience pain secondhand, and I know it is a very small level of pain compared with the people I am empathizing with, I prefer that to being callous and cruel.

Take for instance, the awful problems Puerto Rico is going through as I write, ravaged by hurricane Maria - how can anyone ignore that? Men, women and children dying of thirst, hunger and soon to be disease from the awful conditions. I am speechless. And really, it doesn't matter if they are American, or not - although they are, they are people, they are people suffering. 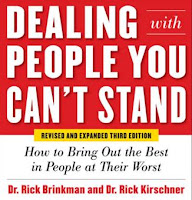 I have often been accused of having a Pollyanna complex, and I freely admit to being an ardent silver lining spotter. As such, I do try very hard to find the good in people, occasionally it is hard to find, recently it has seemed impossible. So I bought the book. I even read it.

The writers have obviously never met someone with all of those abhorrent 'features'. They come up with ways to deal with one or another of the major behavioral difficulties, but not all of them.

This is one of my favorite blogs. John Pavlovitz;s blog helps me to stay sane in a world that is growing increasingly difficult to cope with. 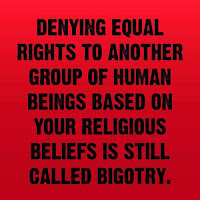 My belief is that empathy is both genetic and learned. If we inherit behavioral tendencies from our parents, and those same parents are responsible for teaching us how to behave, that is a reinforcement of our natural cruelty, meanness and self centered greed, or hopefully the opposite of those currently popular behavioral tendencies. My conclusion is that empathy is a gene. I was very pleased to discover that I am most likely correct in this assumption.

In my search to find some rationale behind the behavior of the masses of wicked, cruel people crawling out from under their stones, such as those at Charlottesville in August 2017, I found this article.


"In a first-of-its kind study looking at empathy, researchers have found strong evidence that the ability to read and understand emotions in others simply by looking into their eyes is influenced by our genes. Published in the journal of Molecular Psychiatry, the study was led by a team of scientists at the Autism Research Centre at the University of Cambridge,  who combined genetic data from 23andMe with results from a cognitive empathy test developed by the university almost two decades ago called “Reading the Mind in the Eyes.”" - 23andMe

I think above all else, empathy might be the one behavioral trait that could go a long way to eliminating all of this hatred and violence. When you think about it, that is really all that matters, if you could truly feel how others feel, would you really be able to inflict that pain on them? Or, could you stand by and not do something to help them?

What is empathy? I love this description from Psychology Today.

A saying that has constantly come to my mind since I was very young, when seeing someone in trouble, or on hard times. And, like I said before, I am not religious.

In conclusion, I am relieved that I can feel others pain, I will take that any day to being cruel, uncaring and callous. It may not be emphatic to say, but sometimes I wish there was a hell - but I do believe in Kharma.

Posted by Aideen at 5:56 PM No comments: