I am embarrassed to say that for over a year, ever since I retired, I have been trying to write a novel. It isn't that I didn't write anything. I did. I wrote a couple of short stories. That is, I started what I thought would be a novel and it fizzled out. One I polished up—apparently not quite enough—and submitted to a few magazines. Six months later I was so excited to receive a rejection I wonder how I would react if something was actually accepted, and printed! I felt the third short story was possibly something I could grow into a novel. I played around with it a bit and eventually I had five chapters and a three month writers block. I sent the five chapters to my sister (an extremely accomplished writer and editor). She read it and sent me valuable, if overly kind, feedback. That is when I realized I had a decent idea but was not utilizing it correctly. She didn't say that, but that is the realization I came to. What I had was a back story. That was a good start.

As many of you know, I have been wallowing in all of the writer Masterclasses, repeating most of them multiple times. Last year I even signed up for NaNoWriMo. Well, I created an account and had a poke around. That was it. This year I did some more poking around and discovered a link with a discount membership to The Writing Mastery Academy (WMA). What annoyed me a bit about Masterclass is that it has only a limited amount of writer classes, albeit really great ones, and no place for Q&A or FAQ. WMA is dedicated to writers. It not only has a large number of detailed courses, but also a stack of Webinars and a FAQ section. I was in hog heaven. Not only did I have hours more distraction disguised as preparing to write, I did finally get a burst of motivation. I signed up to do NaNoWriMo 2022. I knew that I needed a deadline. On top of that, armed with what I had learned from the courses I had already completed at WMA I went back to my book idea and tore it asunder, keeping just the bare bones of the idea. 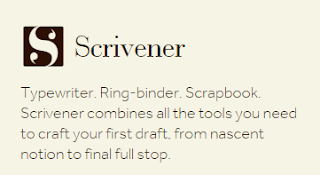 I created a Beat Sheet—Save the Cat Writes a Novel term—for my story and started my prep work to be as ready as possible for November and the 50,000 word challenge. I should have mentioned earlier that I had already researched and purchased a writers software package. Yes, of course you can use MS Word to write, or even a pen and paper. But Scrivener is designed with the writer in mind, I guess you could say so is pen and paper but this is so much better. I opened up Scrivener and created the bones of my novel. That is I created empty chapters and scenes. I was armed and ready for the challenge.

The night of the 31st October I had a trail of vivid dreams, nothing to do with Halloween, or wine or anything else other than anticipation for my November of writing. 1st November was a Tuesday. The busiest day of my week. We do our grocery shopping on Tuesday, then I wash all the fruit and prepare a fruit salad which usually lasts us into the weekend. And, of course, I work out in the early morning five days of the week. An hour on the treadmill and 30 minutes of yoga, usually I am on the treadmill by 4.30 a.m. and follow that immediately with my Hatha Yoga session. And no, I had no plan to skip either. So, Tuesday the 1st November I got up a little earlier than usual. Got my workout out of the way and still managed to do two hours of writing before it was time to head to the grocery store. 2,312 words under my belt and updated in the NaNo tracker. I was on my way.

On Wednesday I managed 1,778 words. Not quite as good but still on track. Our cleaners come on the first Thursday of every month. Mentioned before here. So, there is some work to be done preparing for them, yes...cleaning for the cleaners. Then we vacate the house while they are there to give them a clear run and because moving around to get out of their way is not much fun. So Thursday 3rd November I got up earlier than usual again. Completed my workout and still had two hours to write. 1,977 words. Still on track. I fitted in a second session, not quite so good, just over 300 words, as I am infinitely more productive in the early morning than any other time of day.

I knew that as the month progressed I would lose steam, just hope it doesn't continue to drop. I was determined to be optimistic and put it down to my busy Tuesday and the cleaners. Friday should be better. After all, it is one of the two days in the week I don't workout so in theory, I should be back over the 2K count. I just have to remember not to open my browser until I have finished at least 2K words.

And, if you are still reading, I do realize this is incredibly boring. I am writing it more to cheer myself on than for any other reason. Therefore, I will stop here. I will return with a final update after NaNo is over.

Posted by Aideen at 1:06 PM No comments: