I hate inefficiency and I really hate bad customer support.

When I was working for Amazon, and after I retired—right up until this week—I had great admiration for their Customer Support (CS), second only to Zappos. The only issue I had with it was the difficulty in actually finding the link buried on the website. This week that changed.

A week before I was due to fly to Ireland (from Texas) our credit card (CC) was hit with a $500 charge from Amazon. I had not purchased anything and neither had my husband, in fact neither of us had even been logged into Amazon for a few days. When I checked my account I had a surge of generosity apparently, and sent myself a $500 gift card; I guess I could say I played a bad joke on  myself because it was an Apple gift card. I disklike Apple products. The thing is, I didn't make the purchase, after all who in their right mind would bother to buy themselves a gift card? If I really wanted to buy something from Apple, why not just do that? 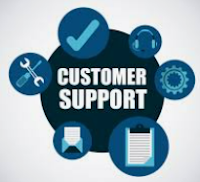 Naturally I dug into the bowels of the Amazon website and located the hidden CS link and  eventually spoke with a support person. He questioned me on other possible users of my account: none. He suggested I did it by accident? Not possible and I wasn't logged in at the time. He said he would mark the purchase as invalid—or some such word—but I would have to ask my CC company to reverse the charge. As I had not activated the gift card I found this unusual but agreed to go ahead and do that. I really didn't have much choice as he said that was all he could do for me.

The CC company were also not very efficient. Their CS person told me he was working from home and having internet problems but he would help. Eventually, after he had finally established that he was looking at the wrong customer account and found mine, he suggested the quickest way to deal with this was to report the transaction as fraudulent and they would cancel our cards and issue new cards which they would fast track as I was traveling in a few days. I thought that was the end of it. More fool me.

I packed my bags and flew to Dublin. One week later, I received an email from Amazon informing me that my account was frozen and demanding that I pay the $500 charge which my CC company had reversed. I responded to that email, explaining the steps I had already taken regarding this. I got no response. The biggest inconvenience here was that I rely heavily on my Kindle at all times, but especially when traveling. I love to read and had loaded the device with books for the two weeks. My Kindle had been frozen too naturally, it is directly connected to my Amazon account.

I connected with AmazonHelp on Twitter. They were sympathetic but said they couldn't help me, I understood that, Twitter was not exactly a secure venue for exchanging sensitive account information but I hoped they could get in touch with the right people who could help me. All they did was direct me to a link where I would find a phone number to call. Being in Dublin, that meant an international call on my cell phone. I decided it was worth it and bit the bullet.

As we all know, most of the time on a call to CS anywhere is spent listening to electronic music. This was no different. Eventually I spoke to a human being who said she would send me a link to a form I could fill in to declare unauthorized use of my account. I had told her all the details, including that my account was now frozen. I breathed a sigh of relief, this would soon be solved and I could get on with my visit home. No such luck. The link required that I login to my Amazon account to access the form. Return to GO and do not collect $200.

I contacted AmazonHelp again, on Twitter and told them the problem. They repeated they could not help me. I am wondering why AmazonHelp is on Twitter if they are no help?

I decided there was nothing more I could do from here. My alternative was to go back to paper books for my travel and decide what to do without an Amazon account going forward. Perhaps register my Kindle on my husband's account? Seems like that should just not be necessary.

Next day I finally received a response from the original email thread with the chargeback@Amazon, no apology just stating that they had informed my CC that they had 'ruled in my favor' and reversed the charge. I guess I rattled their cage loudly enough despite being in international waters. 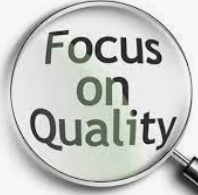 As an ex Quality Assurance Engineer with Amazon, I am disgusted on so many levels at the deterioration in the quality of customer service, the slow reaction to the problem, the lack of an apology and the sheer inefficiency of it.

I restarted my Kindle and still had to reregister it and of course it reset and all the books I had downloaded previously had to be downloaded again. An inconvenience that I consider a bug on the Kindle group's part but at least I had access to my books.

I truly hate inefficiency! And despite the awful treatment I received from Amazon, forcing my retirement, I was still a fan of the company. Not any more.

Update: I should have tried logging into my account before posting this. Didn't occur to me once my Kindle was working. When I tried logging in I got a message to watch for more information in email. No email. Again, serious inefficiencies. So very sad.

No next steps supplied and I am going to wait to contact them further until I get back Stateside. I have incurred enough expense over this.