In 1989 I was legally separated. That was about the only solution available at that time, in Ireland. Divorce had not yet been legalized and couples either lived together in misery, lived separately without any equitable settlement, or went through a legal separation. A legal separation resembled a divorce in every aspect, except that remarriage was not possible. Not a problem for me as the last thing I wanted at that stage, was more of the same.

All mutually owned property was either divided or sold and the proceeds divided. Any children were accounted for in every detail, custody, visitation, support. Everything was carefully recorded in the Separation Decree, which was then signed, witnessed and sealed.

That is the top level view. Under the covers, the usual pain and nastiness that typifies all human interaction of that type, is in full force of course. Each party retains a lawyer who will attempt to get the best deal possible for their client. Fees are usually standard, with extra charges for letters written, documents studied, and meetings attended. Therefore, it was in the financial interests of the lawyers, to prolong the agony.

In my case, I wanted nothing, nothing but peace that is. My lawyer was confused by my refusal to fight, my disinterest in ‘taking him to the cleaners’. But after over twenty years, the only thing I wanted, was my life back and peace and quiet, and my children to suffer as little as possible in the process. Luckily, after a shaky start, we did manage to keep things simple and civilized, minimized the pain that was inevitable for all of us.

The day that the documentation was finally signed, September 12th 1989, my lawyer and I turned up at the very plush offices of my soon to be ex-husband’s lawyer. We were ushered into a small meeting room where we sat making small talk. I expected that my husband and his lawyer would join us, but they didn’t. Instead, it became obvious that they were sitting in some other office, and a ‘go-between’ started to shuffle between the two offices, with instructions. Apparently it is usual that at the last minute, one or other of the parties decides to get nasty, or just plain demanding. This is the reason for keeping them separated, and for the ‘runner’ who carries messages between the lawyers, regarding last minute changes. I don’t know if they were relieved or disappointed that we had no changes. But still we were kept separate, and the documents were carried between meeting rooms to be signed in isolation. It all felt very sordid and very lonely.

Almost six years later, as a resident in Texas, I went through a very different experience to finally but an end to the marriage with a divorce. Divorce had still not become legal in Ireland, but as a legal resident of Texas, where divorce was recognized by the State, it would also be recognized by Ireland. A very useful loophole as my ex-husband was now living with his girlfriend and they had a son. If I was granted a divorce in Texas, they could legally wed in Ireland. 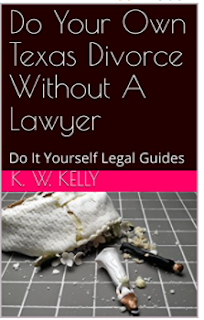 I started to investigate the possibility of a divorce and discovered that I could buy a ‘Do It Yourself Divorce’ book. Actually it was less a book, more a booklet. It had all the documents I needed, and very straightforward instructions on how to go about completing and filing these, and how to represent myself in court when the time came. My first task was to select the relevant documents and type them up. Fortunately, because my children were now all over eighteen, and my Irish Separation had disposed of and divided up all community property, the process was very simple. I filed the first document applying for the divorce, just before a trip back to Dublin. Next I typed up the Waiver that I needed to get my ex-husband to sign, to waive his rights to contest the divorce. Naturally this was something he was very happy to do. We did have to go together to a Notary and have this document notarized, but that was just a slight inconvenience, and small expense. I also had to supply my husband’s lawyer with a letter stating that I planned to remain as a resident of Texas, this was required before Irish law would accept the divorce. 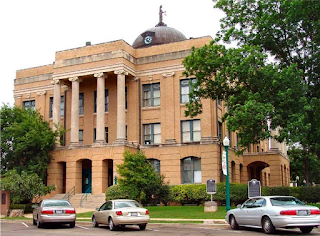 Sixty days after filing my application for divorce, I put in my request for this to go before the courts. I filed the waiver at this point. Very soon after, I was given a court date. The normal process, my booklet had already explained to me, was for the non-contested cases to be heard at the beginning of the day, so my court time was 9 a.m. The day before, I advised my boss that I would be a little late for work the next morning, as I was going to get a divorce. 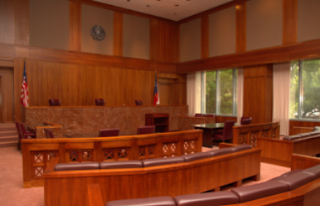 It is my custom to be early for everything, and this was no exception. I arrived at the Court House twenty minutes before it opened for business. I had spent hours each evening for the previous month, memorizing the words that I would have to recite to the Judge, in order to comply with the law. I am an introvert and was worried that I would get tongue tied having to speak in such a public arena. As soon as the doors opened I headed for the library and collected my file from the girl behind the counter, then I made my way to the Court Room indicated by her. It was a big room with a huge dais, almost like an alter, at one end. On either side of the Judge’s bench stood a large flag, one the Stars and Strips, and one the flag of Texas. Below the bench was a table with a book, which I had to sign in order for my case to be heard. I was the first to sign in, and I assumed that meant I would be the first called. This was not the case.

I waited and watched as the court room filled with people. Distracted looking legal types with files and books sat themselves at tables at the front of the room, an assortment of people started filling the seating behind. I had taken a seat close to the front, on the aisle, waiting with ever increasing nervousness. I was beginning to feel like a defendant in a major trial and was sure that Perry Mason would be there to cross examine me and I would find my case denied, with a loud hammering of the gavel.

I was slightly less worried when the Judge arrived and took his seat. He was not dressed in the stuffy clothes and wig of the British TV series I was used to watching. He looked quite human and pleasant. I was a bit confused when the first case was called and it was not my name. After two cases were heard, both uncontested divorces, I was relieved. I realized for the first time, exactly what the words I had been learning were all about. Each of the cases were represented by lawyers, and the lawyer asked a series of standard questions of their client, who answered either Yes or No, and these questions were what I had to recite as statements, to the effect that all property had been divided and any children were over eighteen etc. I also realized that I was going to be the last uncontested case to be heard, because I was the only one representing myself. That caused me to feel uncomfortable. It meant that instead of being heard in front of a fairly empty room, the room would be jam packed by the time my turn arrived. 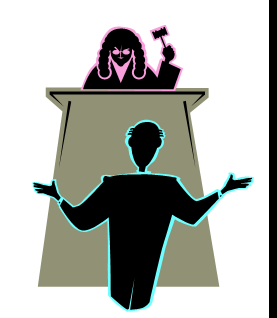 Finally, at about 9.40, it was my turn. I was right, the court was full. I walked up to my place in front of the Judge and started my recitation. Immediately the Judge’s face started to twitch, well actually it was his mouth that was twitching, and it became obvious that he was trying not to laugh. I had to concentrate hard to continue presenting my case. I wondered if he was laughing because I was representing myself, or because I was getting it all wrong. When I concluded it became clear that he was actually amused by my accent. To my extreme relief he banged his gavel and said “Divorce Granted”. To my embarrassment he then leant over the edge of the bench and said “what made you come to Texas?”  It had been difficult enough for me to speak in front of that packed court room when I was presenting my case, but to have to reply to the Judge’s questions and explain how I had won my Green Card and why the folklore of Texas had appealed to me was infinitely more difficult, particularly as my legs were shaking with the relief that Perry Mason had not appeared to subject me to a torturous cross questioning. 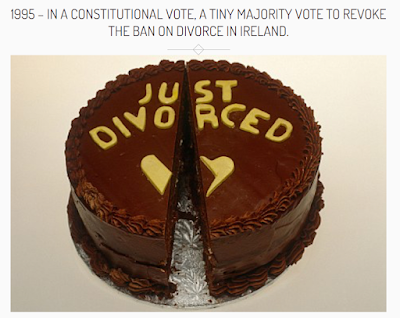 It was quite an anti-climax to have to go into the office. I felt there should have been something to mark the occasion. I had been married for half my life, finally I was single again.

The following year Ireland voted to revoke the ban on divorce.