Hire and Develop the Best is an Amazon Leadership Principle. Ah, but what happens when you make a mistake and hire someone who is 'less than the best'? Then you are attempting to develop someone who is not meeting the bar. There is a rule for that too. It isn't quite so public. Prune. That is, cut the lower branches, no matter how healthy or strong.
Pruning is a sleazy management secret. Every team in Amazon must dispose of those on the team who are lowest scoring—even if that score is 99%, if the rest of the team is at 100% get rid of the ninety-nine percenters. 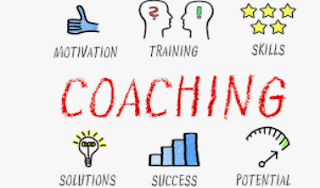 I had been chugging along managing a team of driven, talented self starters. Yes, two of the team had been designated 'least effective' at some point, not by me but by other managers. I inherited both and within a short space of time they were as productive and valued as the rest of the team. It was just a matter of identifying their strengths and feeding them projects that exercised those strengths, while at the same time helping them to recognize and improve on the weaker areas. My theory is, if someone is displaying their talents and being successful, they are motivated to do more.

One of my highest performing engineers performed herself into a development position, which she deserved and though I hated to lose her, I encouraged the move. That left me with an empty desk to fill and yet another round of interviewing; a task I never enjoyed and one that takes up so much time. I know now that I was in too much of a hurry to fill the position and get on with my work. It was a hard lesson. The internal transfer I hired looked great on paper and interviewed well, given that the interview was pretty much just a formality as he had already been working at Amazon for 3 years and therefore must have already proved himself? His current manager classified him as very highly valued so that must mean something? Not so. The Amazon interview process is extremely good. They rarely make mistakes hiring, but there is always the exception. 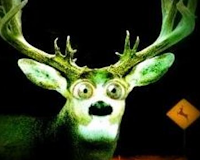 I was forced to learn a whole new set of Amazonian terminology and processes as I attempted to coach this under achiever in a vain effort to make him capable of doing more than 40% of a normal workload. My usual method failed because there were no obvious strengths to exercise and work from. Whenever I attempted to explain anything slightly technical to him, he stared at me with that deer in the headlights look and said, while demonstrating with a hand swipe across his head, "this is all going over my head". He was never going to succeed because he didn't believe he was capable.

He was not a ninety-nine percenter, not a strong lower branch. He was most definitely dead wood. As soon as he realized that he had been identified as in need of performance coaching he switched gear. No, he didn't suddenly start working harder and smarter, instead he started playing the system. He had been there before quite clearly. He told me that he already had an 'accommodation' in place that allowed him to work at a much slower pace than anyone else in his position.
We were a very lean team. Had he told me that when I interviewed him there is no way he would have got the job but of course, he knew that. I contacted Human Resources and after much investigation they returned the verdict that no, he had no accommodation in place; yes, he had applied but was refused. So, he applied again.

In his application he called out every quality that is required for a QA Engineer and gave medical reasons why he could not be expected to display these qualities. In other words, he had medical proof that he was useless and couldn't do the job. Guess what? I already knew that.
This accommodation process meant that he should be allowed to draw a healthy salary and use a desk for not just doing nothing, but even worse, doing just enough badly to cause everyone else twice as much work. If he had taken long term disability, at least I would not have to follow behind him and fix all his mistakes.
Don't get me wrong, I was not unsympathetic. It would have been so much easier for me had I not cared. I knew that he had a few issues, both physically and mentally. No one gets into their mid fifties without collecting baggage of one sort or another. We had discussed our individual experiences with psychotherapy—he knew that I understood and had personal experiences that matched his own. I also had a number of physical challenges, probably not quite matching his but like I said, no one gets into their fifties without that, and it was a long time since I had enjoyed my fifties. However, I was managing a team of engineers, while at the same time doing the same work they were because we were short staffed; and I had to go behind this particular engineer and clean up after him as he made the same mistakes over and over again. My belief was, if I could do it, so should he be able to. 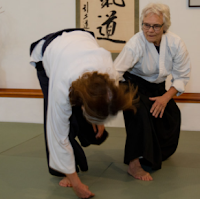 I was bound by the archaic rules that Amazon had in place. (See this blog). I was obliged to either coach this person to prove he could raise the bar—not just meet it; or, prove conclusively that he could not. Of course he couldn't. The problem was that he was a very large, somewhat aggressive male and I am an extremely small female. There were occasions, during one on one meetings, when he stood over me yelling and waving his arms. It would have been quite terrifying if I had not already assessed him as a blustering coward; plus I had 4 years of aikido training behind me, a martial art that favors the smaller in a confrontation with a larger opponent. I was capable and prepared, to protect myself if necessary. As my assessment of him was correct, I never had to draw on my aikido skills.
I bent the rules to try to help him. I explained to him firstly, that I didn't believe he could meet the bar and second, that he would be far better advised to start looking for a job outside Amazon while he was still working. I pointed out that he was very good at interviews and with his resume he would have no problem getting another job. He was actually offended by everything I said and complained to HR about it.
Due to the various accommodations and legal implications, it took a full nine months of continuous coaching, yelling and other aggressive behavior (from him, not me); and worst of all, doing his job as well as my own (me, not him), before he finally left. Needless to say, it took me a long time to recover from that experience. Not only had I been dealing with an unhinged man feeling cornered, I was doing the work of two while also attempting to coach him. I was exhausted emotionally and physically.
I must add that I received endless support from my HR representative, both moral and professional. I will be eternally grateful to that person, she helped to keep me sane through it all. However, that person was located in Seattle WA and I was in Austin TX. Physical support was not going to be forthcoming. But no, I didn't ask for an accommodation. I continued working until Amazon decided it no longer valued me and I was forced to retire. (See this blog for details).
The good news is that I believe in silver linings and I am happy to report that I am now wallowing in my unexpected retirement.