Getting to know new people 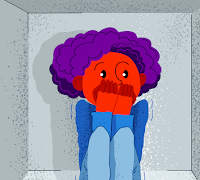 I have always been shy. Up until I was about 17 years old it was almost a disease, I had the hardest time speaking, even to people I knew. I did get past that stage, with difficulty and by deliberately putting myself out there; but I am still shy and find it painful meeting new people, particularly in a social setting. Small talk is not my thing. If you have this problem, The Tiny Buddha has some recommendations.

I was surprised to discover that this trait makes writing fiction just a little bit uncomfortable; if getting to know real people is difficult, imagine getting to know people who don't actually exist? Exactly - you have to imagine it.

I mentioned before that I took a number of Masterclasses in writing. All of the incredible authors I listed to said it was necessary to get to know your characters. I didn't fully understand that concept until I finally put away the distractions and started writing (yeah, I know, this blog is also a distraction). I took the advice of one of the authors, James Patterson I believe; also advice my sister gave me. I wrote an outline, concentrating on each of my characters and giving them a background and physical appearance. Then I started writing. 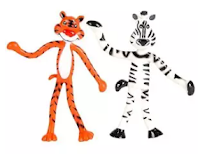 I found it really difficult at first. I kept going back to my outline and tweaking it because some trait didn't work or a new trait occurred to me. Finally I got moving with my first two characters and after a couple of false starts the story started to move forward. Then, enter a new character and I was back in a corner, sixteen years old, trying to make conversation with a stranger. "That's what they meant about getting to know your characters!" It dawned on me. I just have to do like we used to do with our bendy toys when I was a child, you have to move their arms and legs to make them demonstrate actions; you have to give them a voice. How nice it would be if you could do that with real people sometimes. I do know some arms and legs I might bend into impossible positions, so perhaps just as well not.

Give them a voice, that was another thing my Masterclass authors kept saying, without fully explaining what they meant. Now I believe I have figured it out. "Hello Mr. Zebra" in a squeaky voice; "Hello Mr. Leopard" in a deep voice - just like we did as kids. Make up a conversation and like a bad ventriloquist, 'give them a voice'. Not so much the physical sound, but the words and the thoughts and the intentions behind those words. 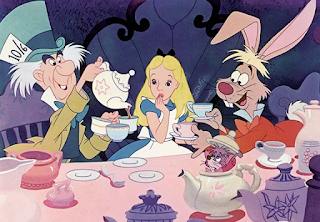 One of my most favorite authors Judy Blume, said that your characters would sometimes surprise you with the things they said. When I first heard that I thought she was probably just a little lost in a world of her own imagination. But no, it is true, once you create a character, bend their arms and legs a few times, put thoughts in their heads, make words come out of their mouths, before you know it, they have become 'characters'.

Either that, or I have also slipped into an imaginary world; Alice in Wonderland was, and still is, one of my favorite books; so perhaps I could deal with it. Given what is going on in the real world right now, perhaps an imaginary world would be a relief.