Getting older and getting better 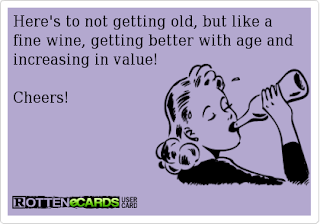 There was I lot I thought I knew about being old as I was growing up. I used to carefully observe my grandmother. I knew that you developed a lot of aches and pains and these appeared to vary in intensity in direct relationship to weather conditions but were continuous no matter what the intensity. I knew your hair slowly turned gray and thinned. I knew you often repeated yourself. I knew that you started to move slower and sleep less.

I even knew that bones became brittle and breaks took longer to heal. I also knew that you lost height, in part due to becoming more stooped but also due to bone loss—though when I was a child I didn't understand bone loss. I also didn't relate my grandmother's decrease in height to my own increase in height; not that I grew very tall, but, between the ages of 7 and 13, I did gain some on my grandmother. 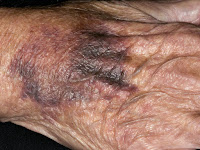 I also didn't realize that it didn't only take bones longer to mend, it took simple things like cuts and bruises longer to heal—and easier to acquire as the skin becomes more fragile. I published this post dedicated to my grandmother, she was a wonderful example to me and an amazing woman.
When I turned my attention to older people, other than my grandmother, I noticed that many grew fatter and crankier, some even became odd and distant, though not my grandmother. She was very careful of her weight, she was always cheerful and rarely complained (I knew about the pains because she took medication for arthritis and stopped knitting and sewing). She was also as witty, curious and sharp as she ever was, right up until the day before she died—and then only because she went into a coma.

I am normally extremely healthy. I rarely get so much as a cold. I only have a few of the ailments that go along with aging. I don't have a problem with blood pressure, cholesterol, heart or lungs. I do have osteoporosis, (as did my mother and my grandmother) but these days that is easy enough to control. And so far I have not lost any height—a good thing as I don't have much to spare at a half of an inch above five foot. I also have an under active thyroid, but that is not exclusive to the elderly as so do many young people. 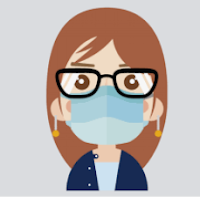 Since COVID I have not had a cold or a sinus infection despite the fact that I stopped getting my allergy shots. I am convinced this is due to wearing a mask, it blocks the pollen that causes allergies which in turn irritate the sinuses; it also reduces the chance of picking up colds. I will find it difficult to stop wearing a mask in public even when the pandemic is no longer a threat.
However, prior to COVID I used to get very stubborn sinus infections, eventually also getting ear infections on the side. I don't ever remember have an ear infection in my life before. In fact, though I grew up in a time where tonsils and adenoids were removed like teeth or warts (and yes, in those days teeth were pulled without consideration or knowledge of how to save them)—in spite of the times, I still have my tonsils and adenoids. Now, sometimes it takes two doses of antibiotics to clear up a bout of sinus.
Not so long ago I got a paper cut. Very normal occurrence, not so normal that a full week later it was still not fully healed. I decided to do some research and was surprised to find this article, which states:


"As one ages, the capacity of an aging nose to produce mucus is reduced as the mucus membranes lining the nose (nasal mucosa) become thinner.

Poorer blood circulation to the nasal lining also results in less humidification of the air passing through the nose, resulting in nasal dryness.

Furthermore, in the elderly, the clearance of the mucus from the nose is less efficient. The combination of a thick mucus which the body is unable to clear efficiently together with the lower immunity results in a higher risk of sinusitis in the elderly,"

This article was halfway between downright scary and somewhat insulting (to the elderly).


"We worry so much about the way we look on the outside BUT … what about the inside? Have you ever thought about the skin inside your body getting older, getting damaged and getting thinner?" 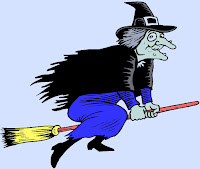 And what about this one!? Now we know why witches are portrayed with long, drooping noses.


"With aging, the physiology and function of the nose changes. The nose lengthens, and the nasal tip begins to droop due to weakening of the supporting cartilage. This in turn causes a restriction of nasal airflow, particularly at the nasal valve region (where the upper and lower lateral cartilages meet). Narrowing in this area results in the complaint of nasal obstruction, often referred to as geriatric rhinitis. "

This is the only article I could find that came close to explaining why a paper cut should take longer to heal, and it makes a lot of sense—it is mainly because it will be deeper. It also explains why bruises occur more easily, look so much worse and take longer to heal.


"Skin becomes thinner with age and loses some of the moisture and connective tissue support that makes it strong. This means that a cut can may often be deeper than would be the case in a younger person. More importantly though is that the body’s repair mechanism is not as efficient with advancing age"

Here is a post I wrote following my mother in law's injury and healing after a fall. 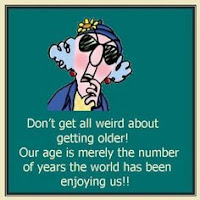 The problem is, we (the elderly) don't realize we are old, oh we know what age we are, and we understand that at a certain point, that is considered old; but inside we are the same person we were as a child, teenager, young adult.

Sometimes when I look in the mirror I think 'who the hell is that old woman'!? But at some point we need to accept the advancing years and be more aware of our fragile skin, mucus membranes and god alone knows what sagging is going on, on the inside! Probably just as well we do not know.