I absolutely love being retired. I love the freedom to decide to do something or go somewhere, and just do it. Before it was a matter of preplanning, making time at the all too short weekend and then possibly starting the working week tired - depending on the activity.

There is always a but. There is still that niggling feeling of being 'put out to pasture'. So what? Horses love it. But, they probably don't dwell on the fact that they have served their purpose and are no longer of use to anyone, for anything. I need to learn from them I guess.

When I was working, rightly or wrongly I felt that I was fulfilling an important role; I felt useful and productive. The proof was that I was being paid for my time and I was helping my team grow their careers.

Perhaps if the choice to retire had been mine, I wouldn't feel quite so discarded. Well, of course the choice was mine in theory; as I mentioned before, the alternative was unthinkable. In fact, it would have been worse than I anticipated when I made the decision - given the stories I hear back from all of the members of my team; yes, I keep in touch with them. I care about them and I wish that I could have found a way to stay and prevent them from being as badly treated as they now are.

It really appalls me that sort of thing can go on in Amazon and not be stopped, in fact it is condoned. Considering that I went through all the channels available to me to report the abusive and bullying tactics being employed by our new manager, only to bring the wrath of leadership down upon me, there is no way that my team will now report what they are going through. As I predicted, they are all moving, or planning to move, on to other positions or out of Amazon and the bully will remain in favor. Ultimately the customers will suffer - apparently Amazon doesn't really mean it when they say they are customer centric.

That makes me feel discarded, or perhaps a failure? I failed to correct what was clearly a very bad situation and then I left my high performing stars to be bullied and eventually reported up the chain of command as not meeting the bar; simply because they would not follow her bad micromanaging direction, or could not tolerate the way they were being treated.

Don't get me wrong, I am not complaining; OK I am, but not about being retired. I know how very lucky I am. I worked long past retirement age. Though, 10 years ago I would not have been able to afford to retire. I am lucky that, when I was pushed into it, I could afford it - I had saved carefully for just this eventuality. Yes, I worry as the coffers slowly empty but common sense prevails and unless I live to be a ridiculous age and start spending madly, we will be fine. I am not even complaining about the feeling of being discarded. I am complaining about the fact that I knew the situation was wrong and I couldn't correct it. Instead I walked away from it. At least I had that much choice. 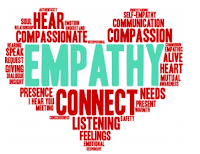 What makes me so frustrated is the fact that I can see the injustice, I can see the solution but I can't make it happen. I shouldn't be surprised. You do not get to my age without becoming aware of the fact that human beings are basically bad. That is the majority of them are selfish, self serving, greedy and uncaring. You only have to watch the news to see that. It is why I value and admire those who are genuinely good. Yes, I admit there are some - they just don't make it into leadership positions in Amazon.

Last week I would have celebrated 7 years with Amazon. If the last 7 years have taught me nothing else, I should definitely stop expecting most people to care about anyone but themselves. It is those few who are caring, who have empathy for their fellow human beings that are the exception, not the rule.

The most frustrating thing of all is the burning need to put things right and the inability to do so. When I was a child I was very proud of my nickname The Sheriff. I earned this name because I kept law and order among the kids in the neighborhood. I couldn't stand bullying and I made sure it was nipped in the bud. It is hard to accept that I can no longer do that.

Here is a something I wrote back in early 2015. I had totally forgotten about it, more fool me! I definitely need to spend time rereading my blog. There are lessons I clearly have not fully learned.