When I started this post I paused and considered that it would probably prove very boring to most people. Then I remembered, I don't write this blog for you, I write it for me, just as I explained in this post, and I continued.

After completing a bunch of Masterclasses in writing, one point made by a number of authors is the importance of correct punctuation - obviously, we have all seen the funny memes demonstrating how punctuation, or the lack thereof, can vastly change the meaning of even a short sentence. The emphasis these classes put on it was to explain the requirements of editors and publishers if you are trying to have a book published; or just trying to get an agent on board. 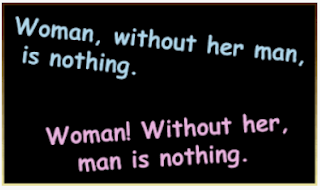 As I am working on writing a novel I started to research punctuation. Of course, I did learn grammar and punctuation at school; the nuns were extremely fussy about it and back then I couldn't understand the fuss. Pretty much like everything taught in school, at least when I was a kid, they never bothered to explain to us how these lessons translated into the real world. That is, assuming they even knew.

You would think a subject like punctuation would be dry and boring - and maybe to normal people it is, but the more I researched the more I found I was enjoying myself.  And so I started writing about it - not because I needed therapy in this instance, but because by writing I can reinforce what I am learning, and also gather all of the referenced websites in one place for future access.

I am fascinated by the fact that there is always something new to learn, even in the most mundane of subjects. For instance, I had never heard of en dashes or em dashes. I guess they didn't exist back in the late '50s when I was going to school. But when I discovered them I realized I must learn the rules because, you may have noticed, I do like to use dashes, I just thought there was only one type, also known as a hyphen depending on whether it appeared in the middle of a word (no spaces) or between two words (with spaces on either side). Of course this, along with a lot of other grammar and punctuation classes, could have been taught by the nuns while I was elsewhere. I hated school, and didn't attend after I completed 2nd year (Ireland) equivalent to 8th grade in the US. I was enrolled, I just didn't go and no one was ever the wiser. (Chapter 4 of Peeling the Onion).

Either way, I am now wallowing in punctuation research and enjoying it. Had I been exposed to it in such depth in school I know that it would have gone in one ear and out the other. 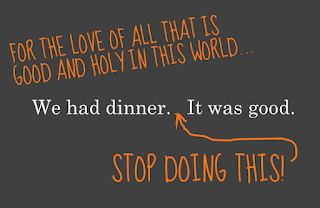 Of course, some things I did learn when I did a secretarial course. For instance with handwriting you do not consider the size of the space between a period and the start of a new sentence. When I was learning to type it was two spaces. What I didn't know until I started this, is two spaces is now outdated and the accepted practice is only one space. However, some old school writers and editors are still stuck with the two space rule. As this article explains, the two space rule applies only to typewriters, because typewriters always used monospacing; and that makes perfect sense. However, if you learned to touch type, changing that habit is extremely hard.

Back to the en and em dash. According to this website:

Here is the difference:

However, only the hyphen exists on a normal keyboard. In order to type either of the other two you need to use the following keystrokes (definitely this would slow down your writing).

Note: the numbers must be typed on the number pad.

Rereading this I realized I didn't make it clear that you don't type the +, that indicates that you hold down the Alt key while typing the numbers. Sorry!

I have noticed that some word processors will substitute an en dash for a hyphen depending on the context.

The website indicated above also points out that the en dash is more common in British English and the em dash is more common in American English. It amazes me the differences between these two versions of English. When I first came to the US I believed there was no language barrier. I actually published a post a very long time ago about the differences that tripped me up. Now, digging into punctuation I discover there are some major differences there also. For instance, books written for the British English market use single quotation marks for dialogue, US English uses double quotes. As with everything else the most important thing to remember is to be consistent.

Some time ago my husband found a service online that I have since found invaluable, Grammarly, it highlights suspicious spelling, punctuation and formatting and makes suggestions for correction. There is a free and a paid version. I highly recommend it.

Other interesting websites I have found so far are: Enago, Esl Grammar, The Punctuation Guide, and The English Student.